Marietta IPMS had their monthly meeting today. Since the meeting was on the 39th anniversary of the Apollo 1 fire, it was decided to have a "Everybody Build a rocket" theme. At the October meeting, Mike Idacavage, James Corley and I came up with a plan. We had another motivation. The club has one member, Mack Cobb, who for some unknown reason, has a problem with rocket models. It has gotten to the point where he puts a special line item in the meeting agenda "for the rocket geeks" (as opposed to the "real modelers", I suppose) and he is always going on about "not another rocket". Mack Coaches High school football, so he misses the meetings during the fall. So we planned to get everyone to build some sort of rocket model and have the "all rockets" meeting on the first meeting he made after football season. Also enlisted in the conspiracy was Dr. Bob, the club secretary, who sent out meeting reminders to everybody but Coach with reminders about the theme.

Here are the models I brought. I built 6 of them especially for this meeting. 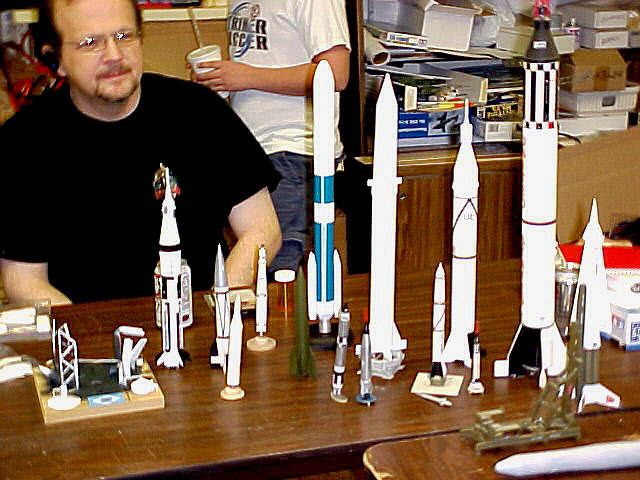 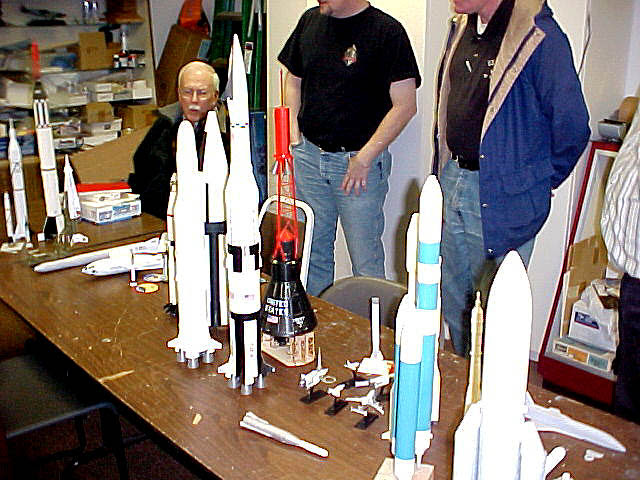 Left to right: Mike's Delta 4 Work in progress, Estes Spaceship One build by one of Bob Morales' Sons, Mercury-Redstone and Atlas, James Corley's Saturn 1B, Modified Saturn Vs, Estes X-Prize rocket, Atomic City 1/12 Mercury capsule, Atlas-Agena, and severla 1/700 Shuttles (both Russian and American), Delta 4 Heavy, Araine 4 & 5, Suyuz, Proton, Mercury-Redstone, and X-34. Most of these are still works in progress. 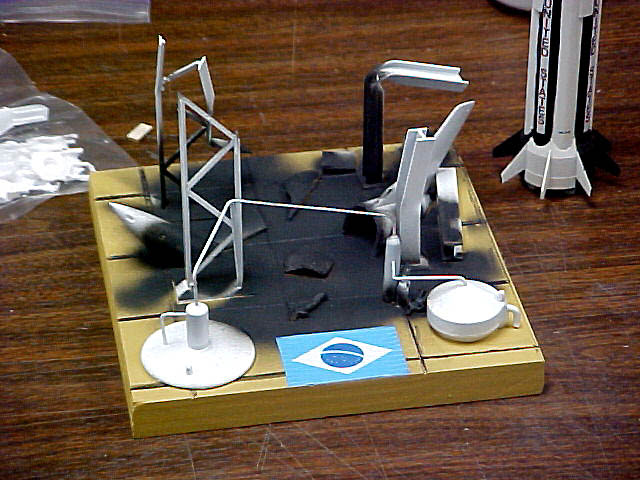 Bob Morales brought this Diorama, "Rio, We have a Problem", which was inspired by a news report of an Bazilian launch attempt.

A couple of non-rocket Models. 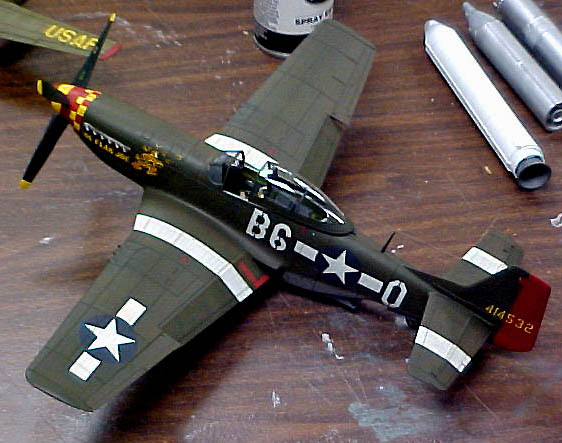 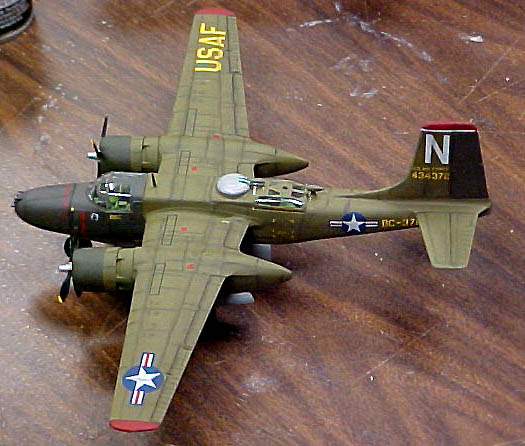 I was unable to get pictures of the Klingon Test Vehicle, Vector La-5Fn or MiG-21PF that were also brought. 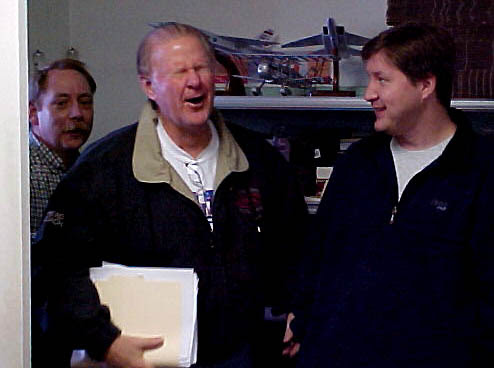 The victim, captured as he came in the door and saw the "Rocket Garden." To add insult to injury, in a flurry of ballot box stuffing, my Nike Hercules won model of the month, and Mack won the door prize, an Apex 1/144 Sputnik kit, which he then gave to one of the boys.
Posted by: James / 12:21 AM (0) comments